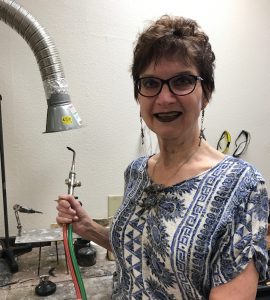 At the time of my retirement from the U.S. Army civilian workforce in February 2008, Rock and Gem magazine named me “Craftsman of the Month.”  My evolution from Armaments Engineer to Rock Jeweler was years in the making.  It was facilitated by my government training in materials science and my interest in geology, mineralogy, specimen collecting, rock cutting and cabochon gem polishing in my spare time.

My rock jewelry features traditional gem setting and natural-shaped gemstones, native copper, and the special attribute of interchangeability.  The latter feature allows the wearer to reconfigure jewelry components to create an entirely new arrangement.  For example, detachable pendants and necklace strands reduce weight and enhance the versatility and re-usability of my wearable art.  My education includes the following:

My YCC jewelry-making training has provided me with an opportunity to learn stone-setting techniques while using my specimens and cabs to become a more competent jeweler.   Skills that I have studied and applied include bezel making (which included previous short-term adult-education training), soldering, riveting, embossing, stamping, patinizing & fold-forming.

I continue to participate in art and gem & mineral shows since my 2008 retirement.  In 2017,   I published an article “Enhancing Nature’s Agate Sculptures” in the December issue of Rock & Gem Magazine.  I won the People’s Choice Award for my jewelry work in the October 16- November 9, 2018, Yavapai Community College Verde Valley Campus Student Art Show. 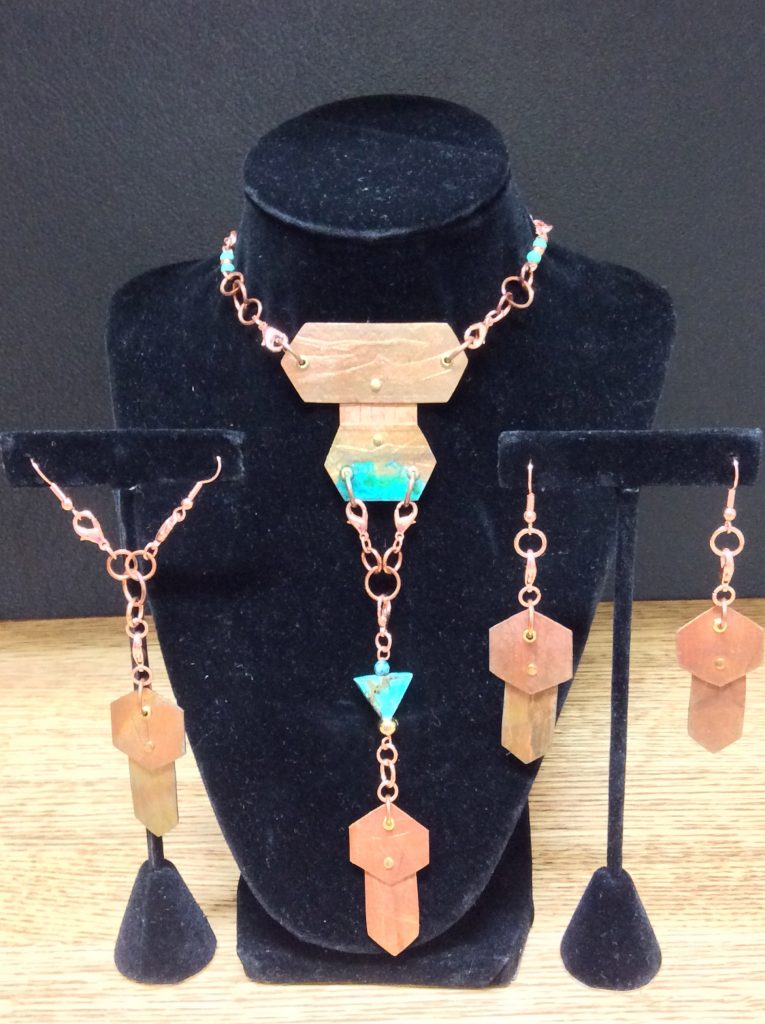 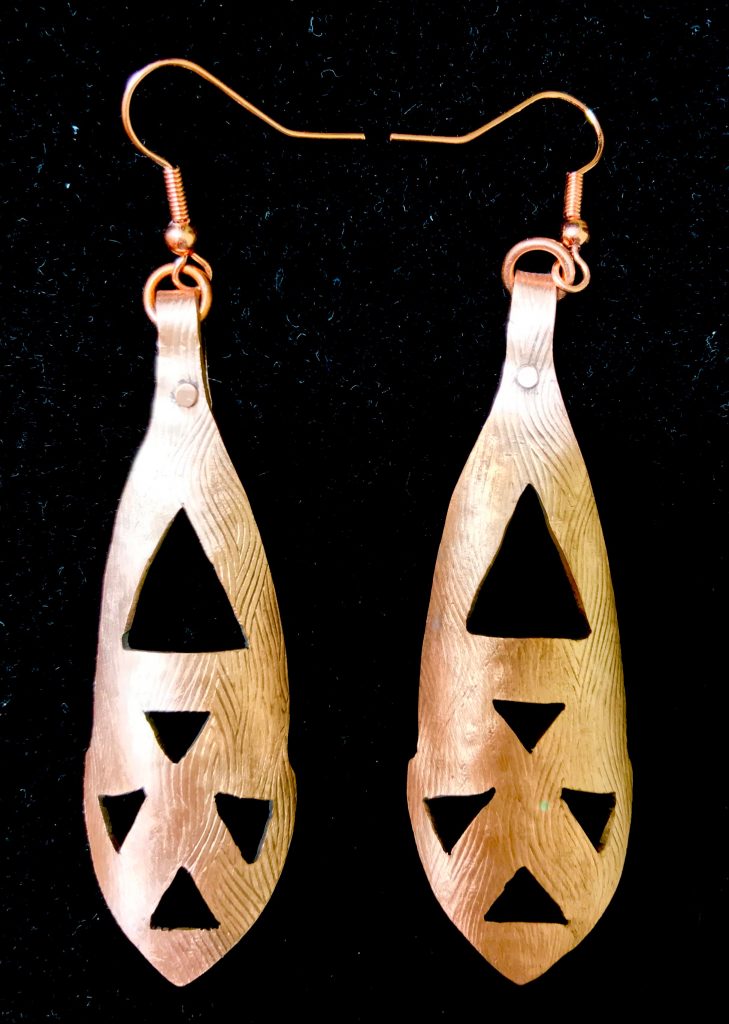